I do sincerely believe we were all born Voluntaryists regarding lack of recognition of authoritarian overlords and with innate knowledge of the Non-Aggression principle, Self Ownership, and Property Rights. This is demonstrated by the frequent toddler expressions of “Its mine”, “You said”, and “It’s not fair.” These imply deep understandings of verbal voluntary contractual agreements and property rights. These simple yet vitally important concepts are routed out of us by 12 years of forced attendance at the “government indoctrination camps” known as public schools. They are replaced with State virtues such as obedience, rote memorization, nationalism, and conformity. The principles of Voluntaryism are inconsistent with a life of “government” worship.

“Government schools” are prisons for the young. They are the institutions wherein children must attend against their will and are incessantly force-fed “government” propaganda without respite. Would you force anyone to learn what you thought is necessary for them to learn just because you were in a position of authority and call that “education”? Would you truly say you “learned” something if someone forced you to memorize it and then regurgitate it on a test as proof of your “education”? These actions seem more akin to indoctrination rather than education, tyranny rather than freedom. 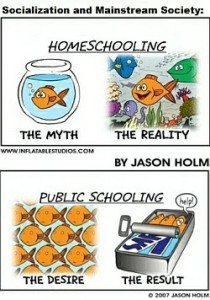 Some aspects that are shared between prisons and “government schools” are forced attendance, use of bells to signal movement, existence of clearly defined authority figures and subjects, specifically designated times and areas for “recess”, conflict resolution only encouraged with the authority figure rather than amongst the peers, creation of bullies and gangs, no freedom of association, no freedom of speech, no freedom of private property, no privacy, and an overwhelming clock-watching desire for freedom. Some unspoken lessons taught to students in “government schools” are truth is arbitrarily doled out by authority, intelligence results from rote memorization of facts and figures, conformity is the ideal, obedience is rewarded, and disobedience is strictly reprimanded. Does this sound like an institution whose objective is education, socialization, creative thought, critical analysis, and deductive reasoning?

If you are a parent, be honest with yourself. Did you enjoy your 12 “government school” years? Did you learn a great deal of useful information that you now apply to your life? Did you learn any skills that have made you eligible for anything more than a minimum wage job at a fast food franchise? (By the way I am not bashing fast food jobs since, for many low skilled people, they provide the foot-in-door job experience that is required to be eligible for higher paid jobs. It’s just that if you spent 12 years of dedicated full time effort to any subject I would expect you to be supremely skilled in that field or in multiple fields which would put your labor value far above minimum wage.) If you answered “no” to any of the aforementioned questions then how could you possibly want a similar subpar, mundane, and spiritually damaging experience for your precious little ones? 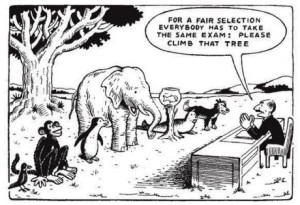 The aim of public education is not to spread enlightenment at all; it is simply to reduce as many individuals as possible to the same safe level, to breed and train a standardized citizenry, to put down dissent and originality. That is its aim in the United States, whatever the pretensions of politicians, pedagogues and other such mountebanks, and that is its aim everywhere else.