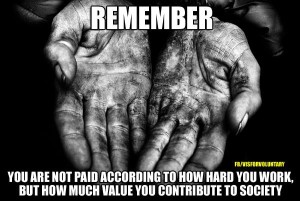 “Our participation in Capitalism is forced because food, water, clothing, shelter, and healthcare are withheld from those who don’t have money.”

All those things you mentioned must be produced by the labor of other human beings. If you truly believe that you are being “forced” to buy them, then you must be implying that you believe you are entitled to receive them for free. If it costs resources and labor to produce a good or service, how can you be expected to receive it for free? This is not logically consistent.

If you produce a good/service you are naturally able to sell it, barter it, or give it away for free. That is your choice and prerogative if you are the producer. You cannot expect or force other people to serve you without giving something in return. To do so would be the initiation of force and is the quintessence of slavery. In this case you would be the aggressor. In your pursuit of justice, take care to not become the embodiment of the wicked.

Free Market Capitalism is the voluntary consensual exchange between peaceful individuals. The only reason that both parties would consent to trade is because they both feel they will benefit or profit as a result. Over centuries and millennia this is how wealth is created and standards of livings rise. If you want to see more peace in the world then you must do all that is in your power to celebrate voluntary consensual exchange and condemn coercion and threats of violence. Know your enemy. In so doing we can focus on building a sublime tomorrow that we would be proud to pass down to our progeny. 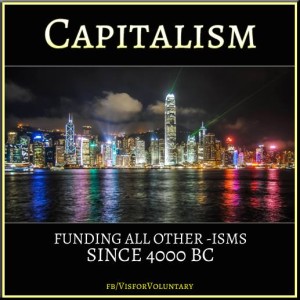 Compassion means loving one’s fellow men and women with all of one’s being. It is the desire to alleviate their suffering. Peaceful people engaging in voluntary consensual trade have achieved this with astounding success. We are all blessed to live in a time when violent crime, infant mortality, malnutrition, and starvation are at all time lows, information is virtually free and available to all, life span is at an all time high, people are healthier, safer, happier, comfortable and when even the poor among us have air conditioning, cars, smart phones, shoes, and abundant food. We are no longer at the unmitigated mercy of the natural world. It is a testament to the magnificent ingenuity, imagination, resourcefulness, will power, and uncompromising desire to thrive that 7.4 billion human beings can live on Earth. The human mind is an incredible thing! I am impressed and I stand in awe, thinking of what is in store for us. I gaze into the future with immense hope and promise for the splendors that have yet to unfold. 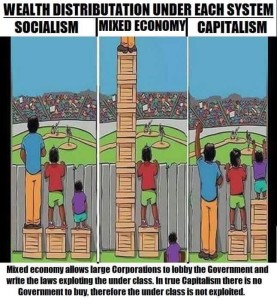 According to dictionary.com “Capitalism” is defined as:

1) an economic system in which investment in and ownership of the means of production, distribution, and the exchange of wealth is made and maintained chiefly by private individuals or corporations, especially as contrasted to cooperatively or state-owned means of wealth.

The emphasis in this definition must be placed on private individuals. This is the only moral and humane system I can conceive of. Who better to manage the production, distribution, and management of wealth than those who have the most invested and who have their livelihood and that of their families dependent on its success?

It unreasonable to assert that if individuals are inherently corrupt, that we must therefore place power in the hands of political predators, who pay no price for their bad decisions, to manage and regulate the corrupt multitude. If individuals cannot be trusted to govern themselves how can we assume those who vie for the throne of power do so out of magnanimity and can govern 300 million people? It is much more likely that those who are attracted to positions of power are the vile scum who, due to their incompetence at providing value in the market that others would willingly patronize, instead seek to control, subjugate, and dominate peaceful individuals engaging in voluntary consensual trade. This is not Capitalism. This is Statism AKA Corporate Fascism.

At its very basic level, Capitalism is peaceful people engaging in voluntary consensual trade. Wherever this exists, there is Capitalism. Incidentally this is also compatible with Anarchy, since any State that seeks to involve itself in this thing of beauty will distort and pervert the natural self-regulating market forces of competition, price mechanism, and supply/demand. This results in many mutant forms of Statism, which include Socialism, Communism, Corporatism, and Fascism. 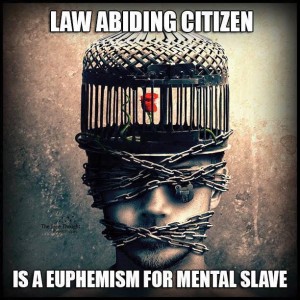 Please enjoy my recent Steemit article in which I outline my evolution as a Voluntaryist and Anarchist. It has been quite a journey thus far! I have learned much and there is still much to learn. The path to understanding the world a bit deeper is ecstatic and thrilling! We must endeavor to learn something new everyday, to deepen our understanding a bit more, to broaden our horizons a bit further. To become rigid and inflexible is to become mentally and spiritually stagnant. Embrace the world with unconditional love and it will embrace you back. Living and learning are inseparable. Each new day is a blessing and gift. Laugh more heartily, love deeper, listen more intently, observe the world with childlike fascination and curiosity. Our existence is but a drop in the ocean. Enjoy life while you have it! Cheers! 🙂

To live in the world without becoming aware of the meaning of the world is like wandering about in a great library without touching the books. 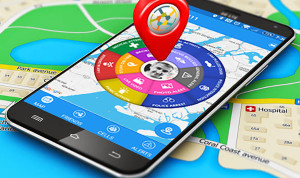