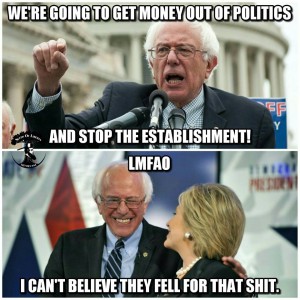 The politician is an acrobat who says one thing and does another. The people who are attracted to positions of great power are never to be trusted. The State is a wretched institution that encourages iniquity and predation. Everything promised by a politician is either a lie or is delivered by the barrel of a gun. There is no such thing as a philosopher king or benevolent ruler. Such myths must be relegated to the fairy tale books. Stop putting your faith in political sociopaths and predators! It is not only that power corrupts, but that it attracts the vile and scum among us. It is not that some are unfit to rule. All are unfit to rule!

Please enjoy this recent episode of the Seeds of Liberty Podcast. This week we had the fourth SOLer, Jared Howe, sitting in for Danilo. Herein we discussed why moving can suck, how religion and schooling being forced on kids is abuse, the cultish superstition of state socialism, Trump – the guy you love to hate, how the socialist viewpoint infantilizes consumers, and we answered some listener questions.

Please enjoy this recent episode of the Seeds of Liberty Podcast. This week we were joined again by our favorite Voluntaryist rapper, Jared Howe. Herein we discussed people’s ‘need’ for the internet, non-violent communication, crazy Bernie supporters, descriptive vs. prescriptive analysis, Trump as the most meme-able candidate, whether voting is moral/immoral/amoral, the implications of elections, signaling to statists, and more!

Voting, the be all and end all of modern democratic politicians, has become a farce, if indeed it was ever anything else. By voting, the people decide only which of the oligarchs preselected for them as viable candidates will wield the whip used to flog them and will command the legion of willing accomplices and anointed lickspittles who perpetrate the countless violations of the people’s natural rights. Meanwhile, the masters soothe the masses by assuring them night and day that they – the plundered and bullied multitudes who compose the electorate – are themselves the government.

Please enjoy this recent episode of the Seeds of Liberty Podcast. Herein we discussed the phenomenon of #DaniloMemes , offending Australian comics, being mortified over a meme, how taxation is extortion, Bernie Sanders and rampant socialism, Kasparov’s warning to the US, the uselessness of voting, and more!

Please enjoy this recent episode of the Seeds of Liberty Podcast. This week we were joined by Jared Howe, better known as J3443 One, a voluntaryist rapper. Herein we discuss his path to voluntaryism, how statism starts at home, (Live)Stockholm Syndrome, free will, solipsism, reconciling Article 1 Sect 8 of the U.S. CONstitution, political correctness and its origins, the myth of income inequality, what Jared hopes to accomplish through his music, MC Scrooge McDuck, getting support from all over the globe, educating others on voluntaryism, Hashtag – #DaniloLaughs, how Bernie Sanders has the young voters who don’t think well locked down, being thrown in jail for saving your daughter’s life, banning assault football, Reefer Madness, how cannabis belongs in the produce section, some beard talk with Dave, how infringing on someone’s right to self-ownership is slavery, how technology is making the State obsolete, and more!

But, of course, the practical political conclusions which people drew from this dogma were not uniform. One group declared that there is but one way to wipe out these evils, namely to abolish capitalism entirely. They advocate the substitution of public control of the means of production for private control. They aim at the establishment of what is called socialism, communism, planning, or state capitalism. All these terms signify the same thing. No longer should the consumers, by their buying and abstention from buying, determine what should be produced, in what quantity and of what quality. Henceforth a central authority alone should direct all production activities.