“Love is an expression of the willingness to create space in which something is allowed to change.”

https://avatarepc.com/ (media and videos about the course)

http://www.avatarresults.com/ (over 500,000 testimonials from people who have taken the course)

Kallen Diggs: Voluntaryist and Author of “Reaching The Finish Line”

Kallen Diggs: Voluntaryist and Author of “Reaching The Finish Line”

Free Market Capitalism is the Epitome of Compassion

Free Market Capitalism is the Epitome of Compassion

Humanity Is The Miracle

Humanity Is The Miracle

Voluntaryism Is The Love For Humanity

Voluntaryism Is The Love For Humanity

Only Love Can Vanquish Fear

Only Love Can Vanquish Fear

Tragedy of the Commons and Potato Chips

Mark Passio: What On Earth Is Happening

How To Win Friends and Influence People 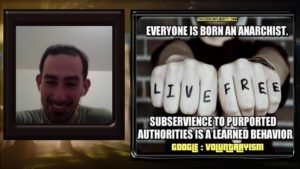 In this episode Tyler sits down with Danilo Cuellar of PeacefulAnarchism.com to discuss Danilo’s path to Anarchism, to understanding economics, Peaceful Parenting, Unschooling, and other valuable topics.

“Giving Truth The Liberty Of Appearing.”

Support Liberty Lifestyle for as little as $1 per month

Danilo’s work can be found on PeacefulAnarchism.com where he focuses on many areas such as Voluntaryism, Agorism, Precious Metals, Anarcho-Capitalism, Austrian Macro-economics, Statism, The Federal Reserve, Libertarianism and more.

What Has Government Done to Our Money?

Anatomy of the State

Larken Rose – The Most Dangerous Superstition

(10m30sec) The Creature from Jekyll Island: A Second Look at the Federal Reserve 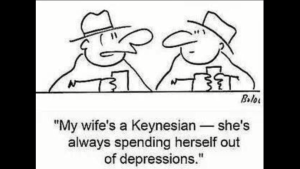 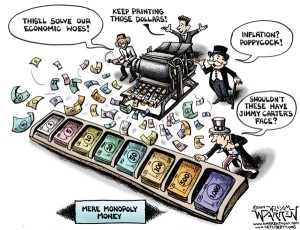 Understanding the difference between currency vs. money is fundamental to understanding economics. Currency must possess some attributes such as being portable, divisible, fungible, durable, a unit of account, and a medium of exchange. Over the millennia many different substances have been currency such as salt, sugar, spices, wheat, rice, copper, precious stones and gems, nails, cows, spears, axes, exotic bird feathers, beads, certain rocks, shells, lumber, stamps, candy etc. They have all come and gone for various reasons. The market always tends towards more efficient means of currency. This is reverse Gresham’s Law, which stipulates that in a Free Market good money will drive out bad currency. When people are free to choose which currency to transact in, the best and most efficient methods will always rise to the top.

What is natural currency vs. artificial currency? Artificial currency is that which is chosen by the State and mandated by edict and legislation. It is often entirely controlled and manipulated by the State regarding quantity, value, interest rates, borrowing, creation. This complete control of the currency supply is vital to have intimate access to the inner machinations of the market economy. In this way even some individuals and businesses who refuse to pay their tithes AKA taxes or who hide their currency from the State can forcefully have their value extracted via the hidden tax of inflation. This is the pernicious power the State maintains through having a monopoly on currency.

Natural currency is that which is chosen by free and peaceful people to interact in. It is chosen because it has been demonstrated to be of superior value as compared with currencies of the past. The value of currency is its ability to lubricate transactions and facilitate trade. When it no longer effectively serves this function it must and will be summarily abandoned and replaced with a better alternative.

Through this natural market selection of currencies over the millennia, gold and silver have risen to the top in consistently satisfying these criteria. Therefore it has rightfully attained the glorious status of money, which has the additional attribute of being a store of value over long periods of time. Gold and silver are the impenetrable shields used by wise investors to protect their wealth from being plundered by political predators and thieving nation States. This is why they are the enemy of the State. This is why pure gold and silver has always been reserved for the god kings and pharaohs of antiquity and the people have been given toilet paper trash fiat currency to trade in. When currency and money are profoundly understood by the people the violent Statist paradigm will have been largely defanged and disarmed. Do not be afraid of money. It’s power lies at the very kernel of civilization.