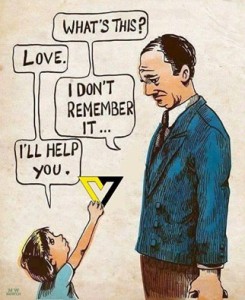 Anarchy is not a political stance. It is an apolitical stance. It is lived and experienced by gentle, kind, compassionate, and loving human beings. It is transmitted through hearty laughter, affectionate words, mind-blowing conversation, flirtatious glances, children contently playing, and random acts of kindness. Wherever there are voluntary consensual interactions between peaceful people, there is Anarchy. It has the power to move mountains and change the course of history.

Why Anarchy, because anything less is uncivilized.

How does one change and improve the world? It is not necessary to invent outrageous things like cars, air conditioning, smart phones, computers, shoes, Google, or the Internet to effectively improve the world. Most people will never invent such magnificent things but that does not mean we are impotent to improve the world in our own little way. Many times all that is required to bring about positive change is to tell a joke, get somebody to laugh, give a hug, lend a compassionate ear to another person’s problems, spend quality time with another person, raise your kids to be gentle, compassionate, kind, and loving human beings. It costs $0.00 to be a decent person.

Anarchy is the epitome of love, kindness, charity, empathy, and compassion. It is all these things because they are all done voluntarily. The best things in life are done voluntarily. Forced love is rape. Forced charity is a mugging. Forced compliance is slavery. When one is coerced into obedience by the threat of violent punishment all virtue dissipates and the transaction degenerates into that of a common thief and his victim. To live one’s life and interact with others based on force and coercion is to be empty and spiritually alone. 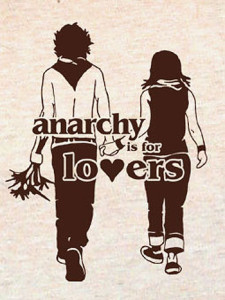 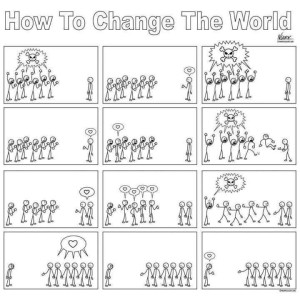 Anarchy is to be celebrated in all its manifestations. Anarchy is the default state of humanity, not centrally planned regimes. This may be proven by witnessing the monumental technological achievements that have lifted humanity out of crippling poverty and near starvation. This is testament to the massive skill of man’s ingenuity, creativity, and imagination. All this was achieved without guns, violence, laws, regulations, and taxation. All this was achieved not because of “government” but in spite of it. 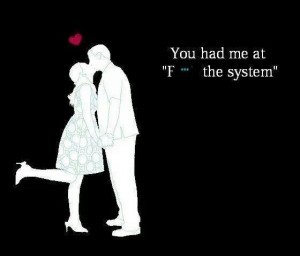 It is the measure of the state’s success that the word ‘anarchy’ frightens people and the word ‘state’ does not.