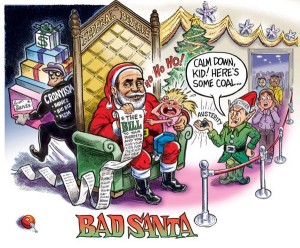 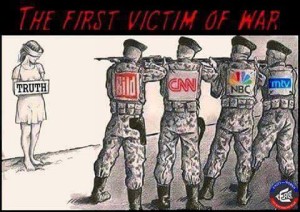 If you are one of those unfortunates who are currently in the military, I implore you to re-examine what exactly you are doing in the world. Your actions are having real effects on real people. Do you possess the intimate understanding of other cultures and foreign peoples to justify your heinous actions? If you are participating to pay for college, travel the world, or because you think you have no other alternative I strongly encourage you to reconsider the motives of the organization you work for. Being a hero is not about obeying orders regardless of your morality. That is something a soulless machine could do. Claiming good intentions whilst acting in a state of ignorance is the basis for every kind of horrific atrocity in history. Being a hero is understanding what universal morality is, living by your moral code, and encouraging others to do the same. The true hero rejects initiatory violence in all its manifestations. The true hero is the one that leads a life of virtue, honor, and peace based on voluntary interactions with his fellow human beings. The true hero does not come home to ticker tape parades. The true hero is not awarded metals of honor or purple hearts. The true hero acts based on a profound understand of morality, philosophy, and economics. The true heroes are all around us. They are not in the limelight. They do not expect daily praises for their efforts but they do hold other to the same standard of civility. Be a radical. Advocate for peace, love, and anarchy. Vacate the State!

Political language is designed to make lies sound truthful and murder respectable, and to give an appearance of solidity to pure wind.

In the beginning of a change the patriot is a scarce man, and brave, and hated and scorned. When his cause succeeds, the timid join him, for then it costs nothing to be a patriot.

I am still searching for the freedoms these murderers are killing innocent people to protect us from. If you know of any please let me know. It seems I am searching in vain, because all I see are usurpations and the curtailing of previously held freedoms, yet war is as ubiquitous as ever! Federal spending of stolen money on massacre and carnage is now over half of our trillion dollars counterfeited annual budget! The US is the biggest spender on military weapons, troops, equipment etc on Earth. The amount dwarfs the military spending of the next 25 countries combined! We are also the largest seller and exporter of weapons on the globe, arming the same foreign enemies we are so dedicated to annihilating. And some people still have the gall to say we need government for the maintenance of our infrastructure (roads, bridges, tunnels etc) and to fund education? Our federal government needs us! It is the parasites who die when the host wakes up and scratches them off! Our masters are not as powerful as they think they are and the people are not as weak they think they are!

Man is the only Patriot. He sets himself apart in his own country, under his own flag, and sneers at the other nations, and keeps multitudinous uniformed assassins on hand at heavy expense to grab slices of other people’s countries, and keeps them from grabbing slices of his. And in the intervals between campaigns he washes the blood off his hands and works for “the universal brotherhood of man” – with his mouth.

Here is a truly shocking 5 minute video of 1000 years of war from the global perspective! Apart from the obvious moral dilemmas with waging wars on other people with the express purpose of enslaving them, stealing their natural resources, or satisfying any other whim a tyrant might conjure, there is the question of funding. How is a State to pay for its troops? I sincerely doubt that even the most steadfastly patriotic will fight and die for free. There exist 3 main options for a State to fund any of its endeavors; taxation of its citizens, borrowing from other countries, and printing currency also known as deficit spending. The first two options have most apparent limits in scope. Waging heavy taxation on the people for the purpose of paying for a murderous conquest becomes tiresome as the people grow weary of such blatant theft. Such a war cannot last. Borrowing from foreign countries to fund a murderous conquest becomes quite risky for the lender. The borrower’s credit dwindles the more money is borrowed and the longer the war is fought. Eventually the lending country will not lend anymore and will demand repayment. Such a war cannot last.

Therefore printing currency becomes the option of choice for a globally imperialistic State. In modern times there have been many euphemisms to disguise the sinister essence of this action. It has been called money creation, The Mandrake Mechanism, Quantitative Easing, deficit spending etc. A blood sucking parasitic bureaucrat by any other name is still just as useless and societally damaging. This may be characterized as a hidden tax on the purse of the people. As we have learned before “Wealth is never destroyed or created. It is merely transferred.” It is a tax as every piece of currency that is printed and used to fund the wartime effort is just more wealth siphoned away from the producing middle class to the ruling elite. It is a “hidden” tax in that the resultant loss of purchasing power is oftentimes so piecemeal and subtle that “not one man in a million will be able to diagnose it.” However during times of war this destruction of purchasing power, addition to the monetary base, and price inflation becomes self-evident to those paying attention.

History records that the money changers have used every form of abuse, intrigue, deceit, and violent means possible to maintain their control over governments by controlling money and its issuance.

This money creation is facilitated by the Central Banking System. Cloaked in confusion, engulfed in uncertainty, and begirded by obscurity the function and purpose of Central Banks in our society is not something clearly taught to our precious budding little minds in their government educational institutions. This is done for good reason. A general public replete with awakened and financially literate individuals precludes the very existence of both cancerous establishments of the Federal Government and the Central Banks. This must not be encouraged!

The nationalist not only does not disapprove of atrocities committed by his own side, but he has a remarkable capacity for not even hearing about them.

Take particular note of the war orgy that began precisely after the Federal Reserve was founded in 1913. It has been estimated that 160 million people died in war in the 20th century. Completely aside from war (which is an inevitable toxic spinoff of collectivism and nation-states) was that it has been estimated that 262 million people died in the 20th century alone through democide. Democide is a term revived and redefined by the political scientist R. J. Rummel as “the murder of any person or people by a government, including genocide, politicide and mass murder.” Combined that is 422 million people killed in the last century alone through collectivism, nation-states, central banking and the wars they enable. That’s nearly half a billion people!

I just want you to know that, when we talk about war, we’re really talking about peace.