Please enjoy this recent episode of the Seeds of Liberty Podcast. This week we were joined by Raeford Davis, a former police officer turned voluntaryist. Herein we discuss being part of the “War on Drugs”, the massive failure of the “War on Drugs”, how making drugs “illegal” creates 80% of the problems in law enforcement, the Soviet era gulag numbers of the modern U’S’ prison system, supporting the use of violence against peaceful people, how prohibition fosters the environment we see around us, using artificial profit motives to pay for violence, the use of force continuum, Ron Paul/Lew Rockwell/Rothbard, how 95% of cops enforcing immoral laws are actually worse than the 5% of “bad cops”, asking doctors if they would lock up asymptomatic people, not getting arrested unless you’re running through a daycare with a bloody hatchet, the process is the punishment, policing for profit, legalization vs. decriminalization, how over 18,000 per year are arrested in SC, abolishing violent/immoral prohibition enforcement, how the East India Trading Company was the original drug cartel, the CIA funding the drug trade, kicking the CIA?FBI out of your country, the balloon effect, the iron law of prohibition, the Harrison Narcotic Act of 1914, addiction rates, how badges don’t grant extra rights, Nancy Pelosi being right (for once), and more!

Instead of giving money to found colleges to promote learning, why don’t they pass a constitutional amendment prohibiting anybody from learning anything? If it works as good as the Prohibition one did, why, in five years we would have the smartest race of people on earth. 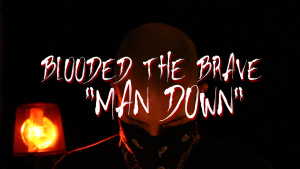 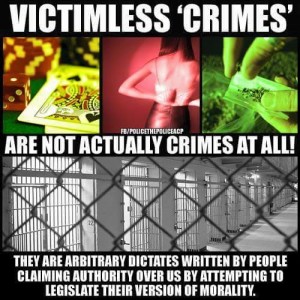 Private property is redundant. “Public property” is an oxymoron. All legit property is private. If property isn’t private it’s stolen.

Please enjoy our recent episode of the Seeds of Liberty Podcast. This week we were joined by Cynthia Wells, an anarchist from Texas who, among other things, runs the Single Anarchists and Voluntaryists Facebook group. Herein we discuss how Cynthia became an anarchist, how most people live their day-to-day lives in anarchy, the destructive nature of collectivism, religion as a consequence of geographical location, statheists, the training law enforcement goes through, the benefits of private security, planting seeds during traffic stops, the Church of Beardism, how laws against actual aggressive acts are redundant, the origins of the War on Drugs, the potential number of deaths caused by the War on Drugs vs. the drugs themselves, messing up the kumbaya rainbow, the insanity of suicide being illegal, how the War on Drugs is a war on people, and more!

The War on Drugs employs millions – politicians, bureaucrats, policemen, and now the military – that probably couldn’t find a place for their dubious talents in a free market, unless they were to sell pencils from a tin cup on street corners.