Voluntaryism is a philosophy that advocates for complete individual freedom through recognition of self-ownership, property rights, and by adhering to the Non-Aggression principle. Self-ownership is the principle that you, and not the State, 100% own your own body and are the sole decider of what you put into your body, how you treat yourself, or if you want to end your own life if you so choose. Property Rights is the principle that you, and no the State, 100% own the fruits of your labor which includes justly acquired income and possessions. You are free to do with your property as you choose which includes destroying it, passing it down to future generations, selling it, or giving it away. Non-Aggression is the principle that you will not use force to infringe on the freedoms of another individual and expect the same treatment for yourself. The only exception to this would be if someone is using force against you then using force via self-defense is completely justified. We are not complete pacifists. Every animal recognizes the need for self-defense to ensure survival, hence the existence of claws, fangs, venom, and poison in the natural world.

We all live in three temporal planes, past, present, and future. These are signified by property, liberty, and life. The past is signified by property as this is the representation of your past labor and time spent, AKA the fruits of your labor. Violation of justly acquired property would be theft. The present is signified by your liberty or the ability to move freely and do as you please so long as it doesn’t infringe on the basic freedoms of another individual. Violation of liberty would be assault, rape, slavery or involuntary servitude. The future is signified as the ability to live out your life to the fullest possible lifespan. Violation of life would be murder.

Voluntaryism dictates that all interactions between peaceful individuals should be voluntary and consensual. There is never a reason for the curtailment of the aforementioned natural freedoms. If such a person attempts to do so then you must resist him/her to the extent that it is humanly possible. This is regardless if such a person is a family member, friend, stranger, or “government” agent. 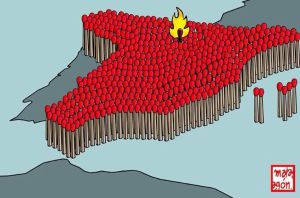 There are two basic lines of questioning to determine if you are in line with the Voluntaryist philosophy. Here is the first:

1) Do you use violence to solve problems in your daily life?

2) Do you advocate others use violence to solve problems for you?

3) Do you think the laws of morality (the immorality of initiating force) change based on the number of people in a group?

The second line of questioning is:

1) Is it ok for you to steal, assault, rape, and murder others to achieve your goals?

3) Is it ok for people to advocate for a “government” to do so on their behalf?

When the immutable Laws of Morality/Natural Law/Common Law/Golden Rule are applied to family and friends we become decent, compassionate, and virtuous. When they are applied universally to the whole of humanity we become Voluntaryists. In order for principles to be useful and practical, they must have universal application, like the laws of physics, chemistry, thermodynamics, or mathematics. Just as there are no exceptions to these laws, there are likewise no exceptions to the laws of morality. 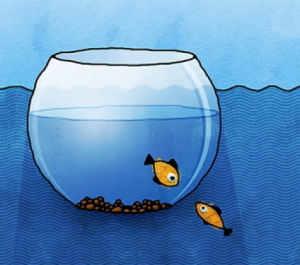 Anarchists did not try to carry out genocide against the Armenians in Turkey; they did not deliberately starve millions of Ukrainians; they did not create a system of death camps to kill Jews, gypsies, and Slavs in Europe; they did not fire-bomb scores of large German and Japanese cities and drop nuclear bombs on two of them; they did not carry out a ‘Great Leap Forward’ that killed scores of millions of Chinese; they did not attempt to kill everybody with any appreciable education in Cambodia; they did not launch one aggressive war after another; they did not implement trade sanctions that killed perhaps 500,000 Iraqi children. In debates between anarchists and statists, the burden of proof clearly should rest on those who place their trust in the state. Anarchy’s mayhem is wholly conjectural; the state’s mayhem is undeniably, factually horrendous.