Here is a great 12 minute video on why not to despair when faced with the short term price fluctuations of the precious metals. The fundamentals cannot and will not change. As long as politicians are running up enormous trillion dollar annual budget deficits and increasing, one must own precious metals as long term wealth protection. What is deficit spending? It is spending money one doesn’t have and didn’t earn. Since it was not given voluntarily by the citizens but effectively taken by force and under threat of imprisonment it was therefore stolen. This is the standard definition of most governments on Earth, since the very nature of government is to procure its funds through taxation or money printing which are both done without approval of the people and both have the end product of slowly siphoning wealth away from the hard working productive citizens to the thieves and loafers on Capitol Hill who thereafter give it to the criminals on Wall Street. Since the Mandrake Mechanism, or money printing, is the most abused method of funding the government, this is thoroughly inflationary and a most propitious environment for precious metals to thrive. When it costs the same to print $1 as it does $100 one can be certain this is what will be done to no end, until the public debt and interest on the debt become truly insurmountable and it thereafter collapses under its own weight.

Woodrow Wilson borrowed 30 billion dollars to fund World War I in 1917. That money has not been paid back. And we are still paying interest on it. That’s 96 years ago. The American taxpayer pays for it with cheaper dollars because the government prints money to pay its bills and that reduces the value of everything we own. The American taxpayer pays for it with higher taxes.”

The silver supply is most definitely strained to the max as the demand for the metal is staggering. The number of American Eagles bought from the US mint by the beginning of October has already far exceeded the total number bought in all of 2012, and that was immense as well!  If it continues at its current rate of massive consumption, both investment and industrial, it will most assuredly be extinct by 2020. 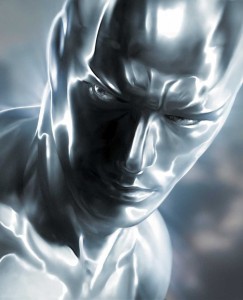 Peak Silver: A World Without Silver

In 2011 Mike Maloney of GoldSilver.com said “If you take all the above ground gold available for investment today and distribute it evenly amongst the global population everyone would own 1/3 oz of gold. If you do the same for silver everyone would own 1/14 oz of silver.” The population has increased since he made that calculation and the supply has greatly diminished. Now the real question is why hasn’t the price reflected this disparity in supply when the demand for both precious metals has been surging to all time highs since the 2008 housing crisis? The ability of the Central Banks, Mega SIFI banks, and Bullion banks to manipulate the prices of the metals downward with their paper gold/silver futures contracts will come to an end quite soon when the physical scarcity becomes acutely felt, which is to say when certain buyers will not be receiving their metal at such absurdly low prices because it has all been mined up or it becomes so difficult to mine that it is no longer cost effective for the mining companies to do so. At that point we will all discover their true value and purchasing power.

Let them march all they want, so long as they continue to pay their taxes.”

Stunning Surprises in the Silver Market

Another notion to keep in mind is the stark difference between the paper gold/silver ETF (Exchange Traded Funds) market and the physical gold/silver market. As far as I know paper gasoline will not power a car, paper food will not nourish us, paper herbs will not heal us, and paper homes will not keep us warm in the winter, incidentally the latter is more of what our flimsy homes are beginning to resemble these days. Therefore paper gold/silver will never be a suitable substitute for the real physical thing. It can never be and it will never be.

The principle since 1945 has become “Gold is hoarded in Central Bank vaults and Silver is consumed in industry.” Historically they have always existed at a 1:10 ratio of Gold:Silver for the simple reason that that was the underground ratio that they are bio-available for mining and so the price ratio has reflected that for thousands of years. This relationship has all changed since, after World War II, silver has been utilized as an industrial metal for its superior electrically conductive, thermally conductive, anti-microbial, and reflective properties. The fact that it is an element and not a compound illustrates that there exists no suitable substitute. However the beautiful thing about silver is that even if industry stops using it, there will always be a demand for it as a store of value and as true money. Thus its value will never go to zero as is possible and will happen with all financial instruments such as stocks, bonds, mutual funds, exchange traded funds etc during the inevitable Wealth Transfer. All precious metals are commodities and therefore fluctuate in a valuation channel between over-valued and under-valued according to the economics of the time. The way to stay at the crest of the Wealth Cycles is to buy certain commodities when they are under-valued and sell them when become over-valued. This may be appreciated when one examines the difference between the savvy investor who, leading up to the Crash of 1929, bought his shares when the market was at the bottom thereafter selling them at the top and the plebeians who responded instinctively and foolishly by buying shares near the top and then losing everything. Gold/Silver, however, are unique amongst commodities in that they have certain properties that the free market has recognized and as a result has awarded them the supreme status as true quality money.

The Incredible Destructiveness of Hyperinflation to a People

More millionaires were created during the Great Depression than at any time in US history.”

Here I am proud to present to you another outstanding 3 minute video of Eastern philosopher Alan Watts talking about the absurd concept of manmade currency. It is a man made notion invented to measure wealth just as a clock was invented to measure change in time. During the Great Depression there was enough houses, steel, lumber, cement, food etc for everyone to be prosperous and happy, yet because there was no currency there was privation, hunger, and suffering. Does this make sense?

Most of the fiat trash you earn from your job should go to buying the poor man’s gold at these ridiculous and artificially low prices. I tell that to everyone I meet. When the market realizes the enormous disparities in supply, demand, and price of the precious metals we will see a rally towards the upside of magnificent proportions! Unfortunately that will also signify the fundamental deterioration of our current society, however it must happen. The longer we supply our fiat addicted society with monetary cocaine the worse will be the eventual withdrawal symptoms when the money spigot is eventually twisted shut.