When proposing a Stateless society it is often asserted, “But we need government to protect endangered species, reduce global warming, and take care of the environment!” This false claim demonstrates a fundamental misunderstanding of the nature of “government”, is a gross overstatement of the ability of “government” to manage anything as massive as the environment, and merits an explanation of our existence in relation to the other 99.9% of species that are already extinct and never to be seen again on this planet.

The State can be accurately defined as a monopoly on initiated violence over a given geographical region. This cannot be stated enough. We must stop thinking of “government” as something mystical, magical, or exceptional. It is merely the institution of aggression we have all been taught to believe is necessary for civilized society to function. It is the boot on our necks that we have been taught to defer to, respect, and kiss for without it we would descend into brutal savagery. When it is understood that the people attracted to these positions of power are the lowest, vile and most contemptible sociopathic parasites among us, it can be realized that this institution can serve no useful function to humanity. For every “benefit” it claims to confer, ten injustices are perpetrated. 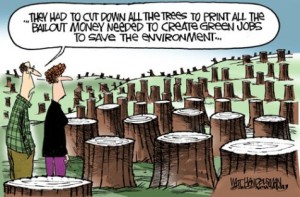 To claim that we need “government” to protect the environment, endangered species, or dwindling natural resources is to justify a violent means to achieve a dubious end. It is to allege, “But without slavery, who would pick the cotton? But without rape, how would we make babies? But without theft, how would people acquire wealth?” It is more important that the people are given freedom to lead their lives how they choose, without infringing on the freedom of another. Most people are disposed to living peacefully and engaging in voluntary trade with his fellow man.

When given freedom, the conservation of natural resources is the inevitable by-product. This is due to the presence of the price mechanism, supply/demand, and competition. By these market forces the limited nature of resources is recognized and allocated appropriately. The free market is a constantly adaptable and dynamic entity that will flourish when given the freedom. 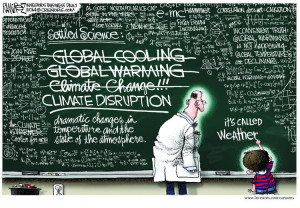 Environmentalists who advocate for Save the Whales, Save the Bears, Save the Tigers, Save the Pandas, or any other such “government” organization are, in the end, advocating for the further theft, violence, and coercion of their fellow man. Aside from this immorality it must be acknowledged that the vast majority of the species that have ever existed on this planet are now extinct, never to be seen again. This was not as a result of carbon dioxide emissions, chemtrails, nor poaching! Attempting to “save” these massive dying species from their inevitable fate is, in the end, an unproductive use of one’s energy and resources. A much more noble cause would be Save the Bacteria as without the presence of friendly probiotic bacteria in our GI tract we would all die. However this is does not make a catchy tear-jerking banner that appeals to the emotional centers of the masses.

Pollution is nothing but the resources we are not harvesting. We allow them to disperse because we’ve been ignorant of their value.

We’re so self-important. Everybody’s going to save something now. “Save the trees, save the bees, save the whales, save those snails.” And the greatest arrogance of all: save the planet. Save the planet, we don’t even know how to take care of ourselves yet. I’m tired of this. I’m tired of Earth Day. I’m tired of these self-righteous environmentalists, these white, bourgeois liberals who think the only thing wrong with this country is that there aren’t enough bicycle paths. People trying to make the world safe for Volvos. Besides, environmentalists don’t care about the planet. Not in the abstract they don’t. You know what they’re interested in? A clean place to live. Their own habitat. They’re worried that some day in the future they might be personally inconvenienced. Narrow, unenlightened self-interest doesn’t impress me.

The planet has been through a lot worse than us. Been through earthquakes, volcanoes, plate tectonics, continental drift, solar flares, sun spots, magnetic storms, the magnetic reversal of the poles … hundreds of thousands of years of bombardment by comets and asteroids and meteors, worldwide floods, tidal waves, worldwide fires, erosion, cosmic rays, recurring ice ages … And we think some plastic bags and some aluminum cans are going to make a difference? The planet isn’t going anywhere. WE are!