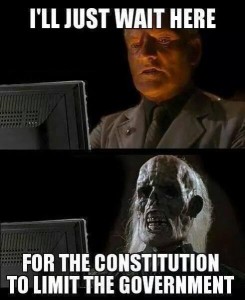 Excellent questions! These are the sorts of questions that Minarchists have who are on their way to becoming true Voluntaryists or Anarchists. There is much literature I can refer you to that answers these questions in exquisite detail for you, but I will give it my best shot. By the way this is only one description of a Voluntaryist society. There are of course infinite possibilities since human desires are infinite. If anybody would like to correct some of my statements please feel free to do so. I do not consider myself an expert in these subjects.

“What I don’t get about anarchism is that if everyone just looked after themselves would there be no more jails?”

No everything would basically be the same minus the monopoly on violence commonly referred to as “government”. Everything would be privately owned which would necessarily increase productivity and ensure the efficient allocation of resources with very little waste. This is the essence of true Capitalism where the profit incentive and competition ensures an increasing quality of products with decreasing costs to the consumer.

Jails would still exist if there was a desire from the people to pay for them if they deem them to be necessary. Prisons are among a vast array of special interest groups that only survives due to federal and state subsidies. They may very well collapse and vanish when  that steady flow of stolen taxpayer money vanishes.

“Who would stop criminals? What would punishment be?”

It goes without saying that the present corrupt “criminal justice” system would be vastly different in a Voluntary society. One real life antithesis to this is the private security agencies. There are 3 times as many people employed in private security agencies than there are in the police departments. Why, then, are instances of brutality, wrongful home invasions, accidental breaking of arms and deaths only heard of perpetrated by the “government” monopoly on law enforcement known as the police? Within a private security agency there is much incentive to actually please the customer and ensure his happiness, or they risk unemployment and bankruptcy through customers patronizing other private security agencies. Through “government” police no such incentive is present. They do not have to please the people because the people are not voluntarily paying their salaries. Their salaries are guaranteed by the State. This artificial environment attracts mostly those who thrive off of this position of power. Therefore the true criminals are usually wearing the uniforms, rather than the ones who end up in handcuffs.

Again the court system would vastly different in a Voluntary society. They would likely be private courts that would, again, be subject the immutable laws of competition and customer satisfaction. There is much speculation as to how they would work. Suffice it to say, they would be much more equitable just that those we are familiar with today. 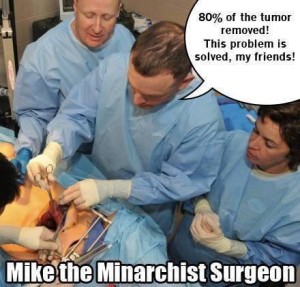 “Would we not use money anymore and rely strictly on a barter system?”

That is difficult to predict, however I think it can be safely said that whatever is used as money will be an excellent store of value rather than the depreciating fiat toilet paper trash we use today. Did you know that before the Federal Reserve was created in 1913 prices were actually falling? I think we will definitely be using money in a Voluntary society since it is a significant improvement to the many drawbacks of the barter system. Money is simply a commodity used to make trade more convenient and easy. It is nothing special that requires any kind of force or violence. Like everything else, it is best when it functions in complete freedom.

“How come in parts of Africa where there is no government control you have child army’s strapped with ak47’s?”

Yes here is the “Move to Somalia if you want Anarchy!” argument. There are reams of articles and videos demonstrating that military dictatorships present in these backward African countries are anything but true Voluntary Anarchy. It is anarchy in the sense that there was a violent overthrow of the existing regime however these usually only result in the installation of another military regime to take its place. It is not Voluntary Anarchy in the sense of free and peaceful people engaging in voluntary interactions and trade. You can get a seemingly atheistic environment by murdering all the priests in the world, but is that the same as the people truly understanding how religion can be used as a tool to exploit humanity and therefore make the intellectual advancements towards atheism?

“What would stop people from having their own personal armies here?”

First of all in a Voluntary society most people would likely be armed to the teeth for the purposes of defending their family and property. If they wanted to gather together to form militias that is very likely as well but I wouldn’t really call that “personal armies” in the sense that we know them today.

I do not think it is necessary for one to understand how such a Voluntary society would work. Do you prefer rape or consensual sex? Do you prefer theft or working as a means to obtain money? If you can understand the difference between these, than understanding how unnecessary and damaging the belief in “government” is to the general well being of humanity should be easy enough. Remember “government” knows only force and violence to solve its problems since it is itself a monopoly on force and violence. To those who lived in the time of chain slavery. Mentioning that a life would be possible without it would often be met with questions such as “But without slaves who would pick the cotton?” Now it is self-evident to us how evil chain slavery is. I hope that in a few decades hence we will similarly look back at this moment in time and wonder “How could those brutes have lived under such a barbaric institution and call that civilization?”