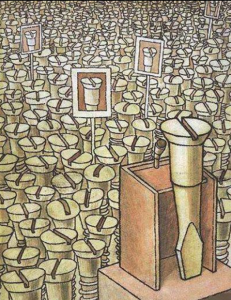 If we start with a Stateless society, where will the minority of sociopaths go to carry out their devious plots of fraud, theft, assault, and murder? Since there is no governing body, per se, whereof to infiltrate and assume control, they will necessarily have to do the evil deeds themselves. They will inevitably discover that doing evil things results in a difficulty of making friends and engaging in trade with other people, since people talk and word will get out of the presence of a sociopath. They will necessarily be ostracized by society, as is one useful non-violent method of dealing with sociopaths in a truly civilized society.

If he determines that acting alone to be too dangerous and frightening he may join with other sociopaths to form a gang or mafia. Acting as a group they can subjugate small villages or communities and intimidate them into obedience by their threats of violence. They would then be able to live, as a parasite, off the productivity of the industrious in such communities. They may kill the strongest members in the group for the purposes of striking fear into the rest but they would not eliminate the majority of the inhabitants, for that would substantially decrease the number of producers that would provide for their subsistence. The violence associated with the rule of gangs and mafias is common knowledge and is therefore openly recognized. 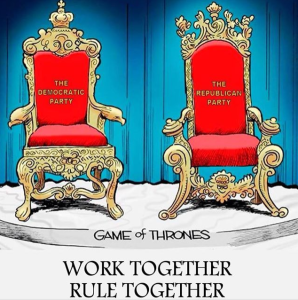 If, however, such a sociopath exists in a society already ruled by the monopoly on violence known as “government” there appears a plethora of available options for our sociopath to choose from which will significantly reduce his exposure to danger whilst committing his evil deeds. This is regardless of the fact that when he chooses to join the “public sector” he will be in the company of his fellow sociopathic kin who all know and understand that to join the ranks of “government” is to have access and use of the biggest and most powerful gun in the room. The State, through its use of the military and police is the largest indisputable mafia of the land. Make no mistake about it!

Although the old twisted sociopathic men rule “government”, they do not carry out the violent dirty work. It is faithfully carried out by previously decent men and women whose minds have been corrupted by the belief that what they are serving is something other than an institutionalized monopoly on violence and getting paid in currency that is anything other than something stolen from the industrious. If you are a “government employee” I strongly urge you re-examine your role in society and how you think your “job” is really benefiting society. A murderer at the reins of power is still just a murderer regardless of the title he flaunts or the expensive garb he brandishes. Such superficialities do not change acts of immorality. 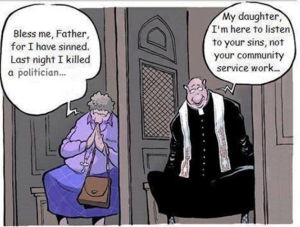 Power concedes nothing without a demand. It never did and it never will. Find out just what any people will quietly submit to and you have found out the exact measure of injustice and wrong, which will be imposed upon them, and these will continue till they are resisted with either words or blows, or both. The limits of tyrants are prescribed by the endurance of those whom they oppress.