Can you name something inherently bad about the Nazis that does not apply to your own “government” regardless of where you live? This also applies to Stalin’s Soviet Russia, Mao’s Red China, Mussolini’s Fascist Italy, Ceausescu’s Communist Romania, Milosevic’s Yugoslavia and any other form of collectivism you can imagine. None of the barbaric mass murders that occurred under their rule was revealed to the public when they were “running” for office. The fact of the matter is most of these tyrants, if not all, were democratically elected by the general populace and served in a form of government known as a “Republic” with a Constitution and a Bill of Rights that “limited” their authority. Does this sound familiar? How then did all these horrific atrocities we read about in the history books occur? Did they just not follow their Constitution correctly? Or could it be that paper documents have NEVER proven to restrain the wills of sociopathic megalomaniacs? Do not put your faith in paper money or paper constitutions! One will destroy your liberties and the other will destroy your wealth! It is not that some classes are fit to rule. No class is fit to rule! 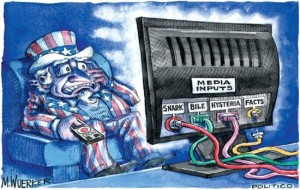 “Naturally the common people don’t want war. But, after all, it is the leaders of the country who determine the policy and it is always a simple matter to drag the people along, whether it is a democracy, or a fascist dictatorship, or a parliament, or a communist dictatorship. Voice or no
voice, the people can always be brought to the bidding of the leaders. That is easy. All you have to do is tell them they are being attacked, and denounce the peacemakers for lack of patriotism and exposing the country to danger. It works the same in any country.”