When I discuss concepts such as the Federal Reserve monopoly on currency, State monopoly on violence, War on Drugs, NDAA, Patriot Act, surveillance state, police brutality etc I get many comments such as “Stop being so negative!” and “Can’t you just enjoy life and be happy?” Therefore this article is to demonstrate that Voluntaryists are some of the most positive people I know. I truly believe we are all born Voluntary Anarchists and the indoctrinating government institution known as “public school” aggressively tries to beat it out of us and mold what remains of that natural curiosity and love for life into something uniform, mechanized, and monotonous. Some of us have survived this brutal treatment with our integrity intact enough to regenerate again; just as the human liver can regenerate completely even after 80% of it is destroyed by hepatotoxic substances. Some beautiful aspects that flourish under Voluntaryism include love, freedom of self-ownership, resilient adaptability, freedom of self-expression, and random acts of kindness.

Love, like human creativity and ingenuity, can only exist in its purest and most beautiful form in complete freedom. Any infringement on that freedom, however, does not extinguish it; rather it suppresses its manifestation to be inevitably expressed in deeper and darker places. Just like pressure rather than wiping water out of existence just scatters its form; so too central authoritarian governments do not wipe out love and creativity, such destructive actions only ensure their manifestation in the netherworld part of our society.

Sovereign people are free to harm themselves to whatever degree they deem fit. This should not concern anyone else, just as much as what I choose for lunch should concern no one else. If we do not own our bodies, what else is left for us to own? Self-ownership is the last bastion of freedom. The world is replete with central planners and moral do-gooders who see the world as undifferentiated clay to be molded to fit their beliefs. This nauseates me to no end! Leave people alone and the world will move along just fine!

The subtle adjustments and adaptations that the Free Market makes to changing situations can never be sufficiently predicted by any authoritarian control freak in the same way that one cannot realistically predict which group of species will pass into extinction from any particular human intervention in nature. When peaceful people are allowed to exchange freely and voluntarily amongst themselves, the beauty that can emerge will always be infinitely more magnificent than any authoritarian forcefully imposing his destructive centralized plan.

One thing many Statists would not like to admit is that the aspects of our lives that are most pleasurable and wondrous are regarded as such simply because we have the freedom to choose or in other words, because they exist in a state of anarchy. This fundamental assertion is one aspect of what makes life beautiful. Who would want to live in a society where every action is regulated, every desire monitored, every utterance filtered, every love questioned, and every feeling anesthetized? The State controlled life is genuinely a life not worth living. The greater the degree of control the lesser the quality of life. Just as one cannot force another to love you; nothing of inherent value and wonder has ever originated out of the coercive monopoly on violence known as the State. 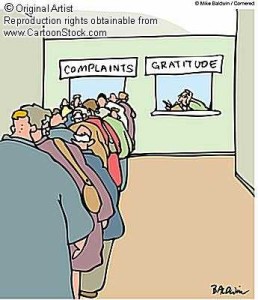 This is a beautiful example of humanity at its finest. Although the case could be made that this video was a cruel ploy to garner YouTube views. I still commend the act of a gift to a person in need. Even a man who has lost almost everything is still compelled to spread the love. Is this not what life is all about? If we are not willing to help our fellow man to breathe a bit easier why else are we living? There are still people out there with a heart of gold.

It is said that when nearing the end of his life Alexander the Great gathered together his generals and told them his last 3 wishes upon his death.

You can support Voluntaryism by buying from your local farmer’s market, growing your own food, talking and connecting with your neighbors, becoming an entrepreneur, contributing your skills to society, helping your fellow man, spreading kindness and love, investing in Bitcoin, precious metals, diamonds, cash flow real estate (anything the Federal Reserve cannot print), educating yourself with books, articles, documentaries, and videos on real history, teach yourself real nutrition, teach yourself real skills, and then by spreading the message of liberty to anyone and everyone you can. This has always been the best way to secure a bright future. Just because the mental torpor of Statism has enslaved and infected the mind of humanity for millennia does not mean we should give up trying but rather that we should proceed forward ever more vigorously. Can you think of a more just and honorable way to spend one’s fleeting blink of an eye existence on this speck of dirt floating in the vast empty blackness of the cosmic ocean?

We were all born free, moral, and loving. We all innately recognized no other authority, paper document, or law but ourselves. Let us all please find our way back home.

“Gratitude is not only the greatest of all virtues, but the parent of all others.” Marcus Tullius Cicero, ‘Pro Plancio’ 54 BC