One of the main arguments against a Stateless society is, “But how can you prevent monopolies from forming without government there to stop them?” The problems with this unjustified fear are manifold. First in our Statist society monopolies, in the sense that we all understand them, are only possible when they are artificially supported by taxpayer money and fiat currency and protected through regulatory capture, rent seeking, and legal immunity derived by protectionist laws. Second, in a free society, monopolies would never form due to diversity of wants, substitutions, and competition. For the same reasons cartels, or collusion between various companies for monopolistic purposes, are equally as unrealistic.

Modern monopolies as we know them began in the monarchies of Europe. Back then it was known as Mercantilism and it reached its zenith in the 17th and 18th centuries. This was just another name for what we know of today as Corporate Fascism, the merger of corporate and State power to the mutual benefit of both. According to Rothbard, Mercantilism was “a system of statism which employed economic fallacy to build up a structure of imperial state power, as well as special subsidy and monopolistic privilege to individuals or groups favored by the state.” It is amusing that when debating the impracticality of Anarchy, one will claim the formation of monopolies yet historically it is demonstrated that they have only come about through the blessing and protection of the State. 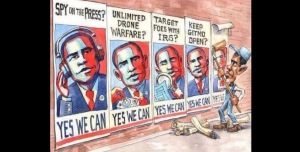 In a free society, coerced monopolies as we understand them would never form. It is important to distinguish between coerced and non-coerced monopolies. The former comes about through special interest status, lobbying/bribery, and protectionist laws. The latter comes about through the offering of a superior product at an affordable price that drives inefficient competitors out of business. This latter situation is a monopoly that is at once quite favorable to society and impels other entrepreneurs to innovate and create a better product to compete. Even if such awkwardly large non-coerced monopoly were to come about, their existence would be short-lived as their upkeep would become costly and inefficient. If, in their monopolistic state they decide to artificially raise prices on their customers a few things could happen; another small business could appear to undercut its prices thereby siphoning away its customer base, customers could substitute their product for another or simply rearrange their lifestyle to accommodate for the absence of said product.

Therefore we must conclude this Statist fear to not only be unwarranted but also abundantly reflective of the genuine lack of understanding of the nature of “government” and its relation to the mutant businesses that arise from Corporate Fascism. Thinking “government” can solve any problem is an open admission that such a person is willing to use violence to solve problems in his daily life. Only an insane sociopath would admit to such a notion. 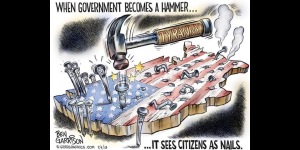 “The very term “public utility” … is an absurd one. Every good is useful “to the public,” and almost every good … may be considered “necessary.” Any designation of a few industries as “public utilities” is completely arbitrary and unjustified.” — Murray Rothbard, Power and Market