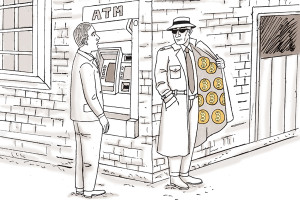 I would argue the relevance of Bitcoin, and other crypto-currencies, to be massive. Although it is true that money is simply a commodity that facilitates trade between two parties, it is a rather vital commodity nevertheless. Therefore it’s hijacking by “government” and Central Bankers, sends a ripple of corruption that reverberates down the various levels of the economy. It is felt by all because money/currency is the life blood that circulates throughout the arteries of the land. The word currency implies its necessity for incessant movement similar to that of the current in a body of water; always fluid, always in motion. When it stagnates by artificial dams, the result is flooding and drought. When currency is artificially impeded or diverted by currency manipulation, currency creation, Quantitative Easing, price, controls, wage controls, rent controls, interest rate meddling etc. the result is exacerbated poverty, homelessness, unemployment, and privation.

This has been occurring in steadily increasing degrees since the Federal Reserve commandeered the currency supply in 1913. For a long time there was very little one could do to protect oneself aside from trading directly in cash and saving in tangible assets such as gold, silver, platinum, palladium, diamonds, precious stones, collectible art work etc. With the emergence of Bitcoin all this changed. For the first time a trading network became possible that existed entirely outside of the financial sector. This allowed consumers to trade with each other directly rather than through a third party such as a bank, financial institution, credit card, or PayPal. This truly changed the game permanently. The people were back in control of their money to the absolute exclusion of “government”. 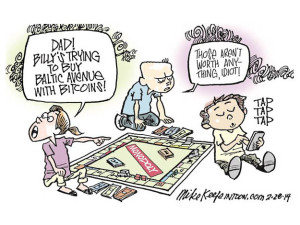 Now one may claim that “Bitcoins are worthless digits with no intrinsic value.” however the market speaks differently. The power and value of Bitcoin can only come from the people willingly adopting it for use in trade. Other than for monetary transactions Bitcoin has no other uses, unlike gold/silver which are useful as jewelry, hygiene, electronics, solar panels, windows, thermal conduction, heat conduction, electrical conduction, water filtration, antimicrobial, internal organ tonic etc. Therefore the fact that it required 10,000 Bitcoins to purchase a pizza pie in 2010 and in November 2013 the value of one Bitcoin equaled the price of one ounce of gold is phenomenal indeed. Nobody could have possibly predicted such a meteoric rise. This could only be possible by willing people voluntarily using it in trade and businesses voluntarily accepting it as payment. Out of the black market is born a digital beauty! 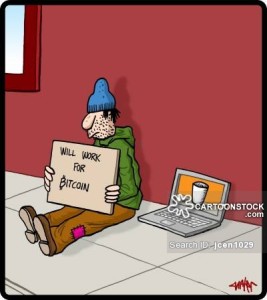 I really like Bitcoin. I own Bitcoins. It’s a store of value, a distributed ledger. It’s a great place to put assets, especially in places like Argentina with 40 percent inflation, where $1 today is worth 60 cents in a year, and a government’s currency does not hold value. It’s also a good investment vehicle if you have an appetite for risk. But it won’t be a currency until volatility slows down.