Stefan Molyneux presents a powerful argument for the recent Fort Hood shooting in Texas and its relationship to SSRI dependency. For many decades there have been guns available for the general populace to purchase, yet only in the last 2 decades have we really begun to see a rapid rise in the frequency of school shootings, mall shootings, military base shootings, university shootings etc. Could this correlate with the rise in the availability and use of mind altering psychotropic drugs? The questionable profession of Western Psychiatry of the 19th century has brought with it inhumane mental asylums replete with filthy cages and methods of torture that would make modern day prisons seem innocuous. The 20th century brought the atrocities of electro-convulsive therapy and physical lobotomy including the traveling lobotomobile popularized by Dr. Walter Freeman wherein he would travel from town to town performing lobotomies on patients with an ice pick. Vicious as these therapies may seem they pale in comparison to the chemical lobotomies achieved with powerful mind altering psychotropic drugs known as anti-depressants, anti-psychotics, and SSRIs. “Thirty years ago, Henry Gadsden, the head of Merck, one of the world’s largest drug companies, told Fortune magazine that he wanted Merck to be more like chewing gum maker Wrigley’s.” Today the US is by far the largest consumer of psychotropic drugs and that demographic is only worsening.

Combine this with the US being in possession of the largest military-industrial complex, largest stockpile of nuclear weapons in history, with 900 military occupations in 130 countries, and being in perpetual warfare since World War II the insanity of the situation may be appreciated. Our soldiers are repeatedly told to go overseas to maim, subjugate, and mercilessly kill because it is patriotic and it serves our country. Then when they come home broken hearted and disillusioned the very society they were taught to kill for turns their collective backs on them in twisted irony. Poverty, homelessness, and joblessness run rampant among veterans as it is now illegal in many states to feed or help the homeless in any way. What a smashing success the War on Poverty has been! 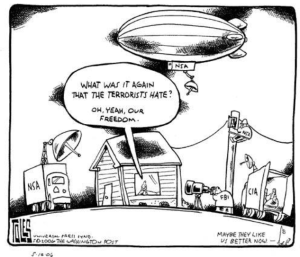 He who joyfully marches to music in rank and file has already earned my contempt. He has been given a large brain by mistake, since for him the spinal cord would suffice.